The First Adverts I Ever Created

I'm about to post the very first ads I ever executed in undergrad for the great state of North Carolina. Then after i post the campaign I'm going to post what I am assuming is a real billboard for NC tourism. I thought the comparison was interesting.

I would like to say on a more serious note a quick thank you to David Slayden my first advertising professor who thought I had it in me to make better ads than these even when I thought this was as good as it was going to get. If it weren't for him, I wouldn't be in advert making today. 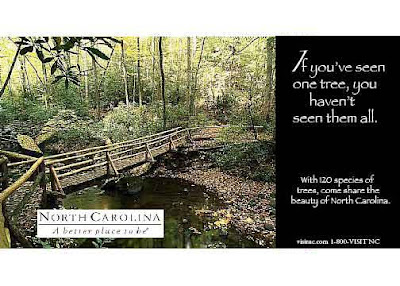 Yes, I have no idea what size these ads are. Yes, I think that is some sort of papyrus (I was going for earthy, duh). Yes, I didn't know how to make the logo without the white box. Yes, this is a lo-res jpg of the ad since I didn't understand files. 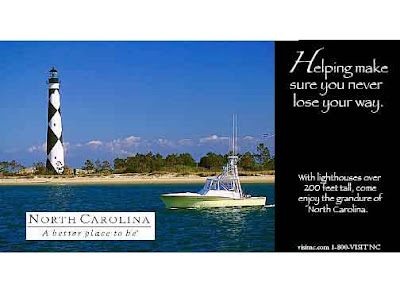 Get it? Lighthouse? I'll tell you a fact no one cares about then you'll come visit right? 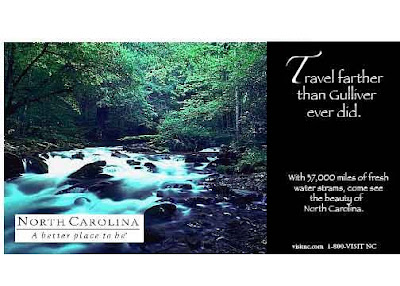 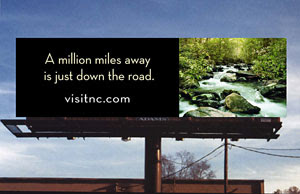 They forgot to mention the nc fact about how many miles of away there are in NC but it's the billboard version so I'm certain it was in the print.
2 comments:
Email ThisBlogThis!Share to TwitterShare to FacebookShare to Pinterest
Labels: David Slayden, North Carolina 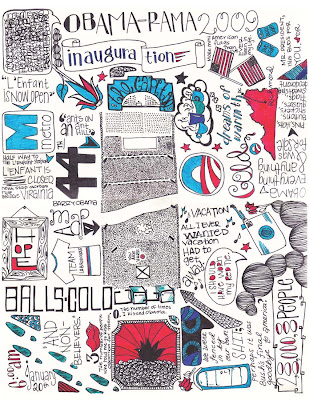 No comments:
Email ThisBlogThis!Share to TwitterShare to FacebookShare to Pinterest

Overslept. Mother of pearl. Turn on CNN to see our “best-case-scenario” spot was taken at 5am. Mother of wishful thinking. Pack on six layers of clothing just to find upon walking outside it wasn’t enough. Mother of wool. Sheep?

Walk 10 blocks to the Metro and can’t feel toes. Mother of gazpacho. Hop on the Metro and start to feel toes again. Mother of hot sauce. Due to inauguration traffic many of the central DC stops are closed, but lucky for us “L’Enfant is now open,” said the train conductor. Mother of hearts, stars, horse shoes, clovers, and blue moons.

But like magic has a tendency to do, it’s get taken away as we approach the L’Enfant stop. Mother of Indian giving. The conductor says on the intercom, “L’Enfant is now closed. Next stop, Pentagon. Arlington, Virginia.” Mother of swimming across the Potomac to get back to DC!

Sulking and resigned to the fact that not only are we going to miss having any chance at seeing Obama on a jumbotron, we probably won’t get past security in time for the speech. Decide we hate the Metro and it was their fault for ruining our day. Start to sarcastically sing, “Vacation all I ever wanted. Vacation had to get away.” Mother of the Go-Gos.

Noticing our temperament, a police officer tips us off that there is a free shuttle bus to the inauguration. Mother of running for your inauguration life. Make the bus. Mother of losing sensation in toes again.

Dropping us at the edge of the mall, we follow the masses. We walk along a path attempting to see over the masses to find a clear entry point. Mother of awesomeness for super tall friends. All of a sudden, we are right below the Washington Monument. Mother of no security line. Stand waiting to be kicked out or frisked. Nothing happens.

Make note that even time is frozen.

Give up on complaining and start to man up. Take photos, watch the man next to us chew tobacco and watch his chew spit freeze on the ground. Learns Obama goes by Barry to friends and family.

Watch the non-frozen arrive on the jumbotron. OBAMA sighting! Clapping unintentionally dulled by gloves. Loud noises. OBAMA! Comment on his composure and how nervous he must be looking out at the millions of people dots to the horizon and beyond. He speaks. Mother of amazingness! Every word Obama he speaks we hear in double because the delay of the sound system at the jumbotron behind us. Mother of Obama watching from the heavens. Overwhelming cheers when Obama mentions non-believers. Mother of forgotten frozen feet. As he finishes his speech no one moves in hopes he will say something more. Obama exits stage right.

The ants retreat from the anthill to the places where they are from. Realize feet froze even more during speech and can barely walk. Mother of lack of blood flow. Get trapped in porta potty maze. Take photos of the most people I’ve ever seen in one place at the same time. Continue through the porta potty maze. Dead end. Poo smell. Help! Masses of people and confined by poo. Eventually, find an exit.

Find freedom from the masses on a side street. Mother of American freedom.
7 comments:
Email ThisBlogThis!Share to TwitterShare to FacebookShare to Pinterest 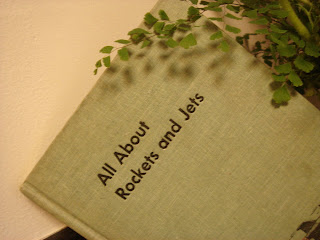 a drawing i made for you 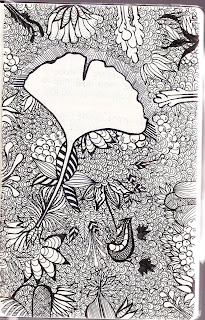 I've decided I should get to know you better.

Sincerely, agirlnamedtor
No comments:
Email ThisBlogThis!Share to TwitterShare to FacebookShare to Pinterest

Dear A.J. Daulerio of the PhillyMag,

I would have very much liked if you had asked first to use my photograph for your December 31, 2007 article entitled "Atlantic City Chooses More Aggressive, Possibly Cruel, Method of Keeping Gulls Away." However, I do appreciate that you did put my blog as the source.

The photograph was taken from my March 16, 2007 post. While I understand it might be the best photo ever taken of two stunning gentleman and a dead, headless seagull, it makes it seem like we beheaded the poor fella. For the record, we FOUND the gull dead and headless and we did not use aggressive and cruel methods to kill it since as I said it was dead when we found it. Plus, you missed the photograph where we buried him and said our goodbyes.
Also, the photograph as you have used it is inaccurate as that was a Virginia Seagull and not a New Jersey Seagull. 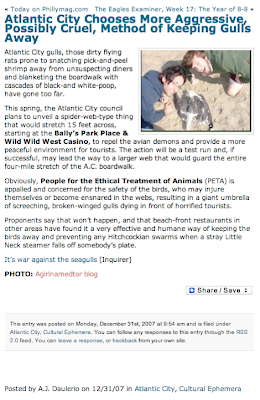 And A.J., my apologies for never having read Deadspin, Oddjack or Black Table until I googled you. Or that you are "best known as the superstud of the New York blogger scene."
Sincerely, agirlnamedtor
Photography Note:
I shoot with a sony cyber-shot and I am available for seaside weddings and boardwalk birthdays. Dead, headless seagulls based on seasonality.
8 comments:
Email ThisBlogThis!Share to TwitterShare to FacebookShare to Pinterest

once upon a time there was a girl, and this girl went on a trip to cozumel for winter break. while on this trip she decided to go fishing in the tropical waters. however this type of fishing meant more of watching the boat hands cast all the lines and just sitting and watching. except for once. it seemed the girl and her friends caught something. so they reeled in the the fish. it was the only fish they caught.

the eating of this devil barracuda is not of much importance except that it was in fact eaten.

a few hours passed and toilets went from vacant to occupied. they were lucky the house they were staying in had as many bathrooms as people who had dined on the devil 'cuda. hours passed and the toilets remained occupied. it was at approximately 4:00 am when it was realized by the girl and the house that they were going to need further assistance for what they thought was dehydration from food poisoning.

so it was off to el hospital for them. there were no street names on any of the alto signs so the travel was confusing. it was made harder when they arrived at a hospital and were told it was a private hospital and needed to find a public one. they stumbled back to the car in search of a public hospital.

15 minutes later they found a public hospital. everyone but the girl got 3 bags of saline solution. the girl was kicked out of the hospital room and told she was "healthy" enough to sit in the waiting room.

it was then that they f0und out it was not in fact food poisoning but rather ciguatera:
"...a foodborne poisoning in humans caused by eating marine species whose flesh is contaminated with a toxin known as cinguatoxin, which is present in many microorganisms living in tropical waters. Like many naturally and artificially occurring toxins, ciguatoxin bioaccumulates in lower-level organisms, resulting in higher concentration of the toxin at higher levels of the food chain. Species near the top of the food chain in tropical waters, such as barracudas..." (source: wiki)

side effects for the girl and the others may include: "...gastrointestinal symptoms include nausea, vomiting, and diarrhea usually followed by neurological symptoms such as headaches, muscle aches, paresthesia, numbness, ataxia, and hallcuinations. Severe cases of ciguatera can also result in cold allodynia, which is a burning sensation on contact with cold..." (source: wiki)

let's just say the girl and the others have a severe case. 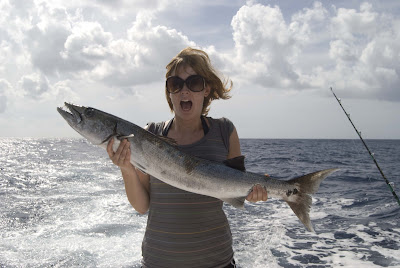 
9 comments:
Email ThisBlogThis!Share to TwitterShare to FacebookShare to Pinterest