We don't have a television at the House of Payne so I have selectively chosen one show I seek out on the internet. This show was carefully chosen one night when I was visiting my parents in Washington this summer. My mom was watching So You Think You Can Dance so I needed to choose something more thrilling to watch instead. I chose the Real World: Sydney. So I'm not sure how those past sentences justify watching the show but I admit it: I'm watching this season of the Real World, but this time on the internet.

I was watching the latest and greatest of the formulaic debacles when the episode discussed religion. In our culture class right now, we have a project to get people talking about religion. During group meetings, we found it so hard to discuss religion in any sense without feeling a little weird, but strangely enough the cast on the Real World, perhaps the least real people on the planet were more than able to discuss the topic. Well, actually it wasn't really a discussion at all. It was more like a screaming fest where in the end they just kept yelling back and forth "you're not listening to me. you're not listening to me." We learn a very valuable lesson here: Real World is still amazing after all these years. So very much to learn. Just yell when someone has an opposing idea and scream, "you aren't listening to me."

The ping pong story is as follows: I like to wear pink dresses to my intramural ping pong games because it makes me so unassuming.

UPDATE!!!: I was googling for a pink dress to put up as a picture but somehow I stumbled upon the show that is going to take the place of the Real World. Pageant Place. Holy shit what's better than seven strangers duking it out? Miss USA, Miss Teen USA, and Miss Universe screaming at each other! I hope they get into a religious debate. "Umm... well according to maps like my favorite religion is save africa and asia." 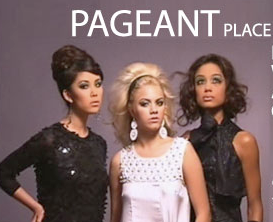 7 comments:
Email ThisBlogThis!Share to TwitterShare to FacebookShare to Pinterest

I have stories I promise! I am neglecting the blog but I have a story about religion and ping pong to share. soon! soon. i promise.
8 comments:
Email ThisBlogThis!Share to TwitterShare to FacebookShare to Pinterest

Designsweet And A Happy Birthday

I met Sylvia Suh this summer when she started working for tda advertising and design. Her work is pretty rad. Below is one of my favorite pieces. If you are intrigued this is her website. 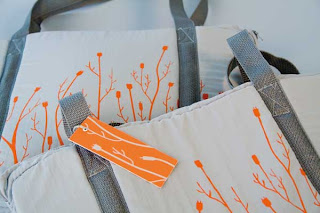 Also as an aside, I wanted to thank dan for this blog posting because he suggested I blog about sylvia's site when he saw me looking at it in the lab today. It is altogether fitting it was dan since year ago two days ago he created this blog for me. So lets all toast to dan for being such a stellar dude. Happy Birthday blog! Happy Birthday
No comments:
Email ThisBlogThis!Share to TwitterShare to FacebookShare to Pinterest

My Bried Romance With A Richmond Police Officer 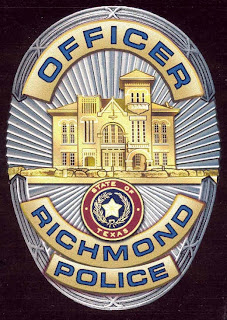 I don't spend much time hanging out with the Richmond police besides the occasional pass off liquid energy to a few regulars who come in to Buzzy's, but I got a quick lesson in law enforcement the other night.

I was driving up Broad toward Church Hill when I went to make a left turn. I signaled and was waiting for the oncoming traffic to clear, except that the oncoming car started slowing down. I quickly realized it was a police car. I was wondering why they were slowing but then the car turned on it's lights and stopped flush with my window. I rolled down my window thinking "Is it not legal to turn left on green in Richmond? Did they finally figure out it was me that once escaped the VCU parking structure without paying my $3.25 when I didn't know it was only for monthly card holders only?"

Nope. This rather handsome police officer said instead, "Your lights are off." I responded with something along the lines of "oh my gosh. Thank you so much." But what I really wanted to say was, "Holy crap, you are the hottest police officer I've ever seen. Stop into Buzzy's sometime." Alas, that was it. He told me to have a good night and my 15 second romance ended as quickly as it started.
6 comments:
Email ThisBlogThis!Share to TwitterShare to FacebookShare to Pinterest

A Game I Play

I started this game at work when there are no customers and no coffee pots to fill where I hook people in the personals section with other people from the personals. Yesterday was my first go at it in some time and I think I found two really great match ups. 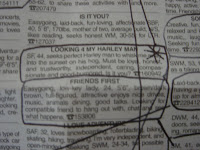 I set her up with:

This is all really leading up to the big matchmaking beauty I created. I don't want to brag but I think I did an awesome job. They are a match made in heaven, or somewhere at least.

Looking 4 My Harley Man SF, 44, seeks perfect Harley man to whisk me away into the sunset on his hog. Must be loyal, honest, and trustworthy, independent, caring, compassionate and good-humored. Is it you?

It's not me, but I certainly think it's this guy:

Hoping SWCM (single white christian male), 43, 5'8'', very romantic, enjoysthe outdoors and riding Harley's seeking a SWCF, 34-50, N/S, who is not afraid of taking a ride. Let's get together.

I wish them the best of luck.