Turns Out, I Do Have a Brother

His name is Lee and tonight was the second time I've met him. Upon first meeting him about a week or so ago, I didn't realize he was my long lost brother. Nope. I found out tonight at game night or should I say family game night. He is literally the son my father never had or did have?

Reasons I'm fairly certain Lee is part of our family include but are not limited to the following:

1. his jokes are my dads jokes
2. he falls asleep in movie theaters while i am the exact opposite and fall asleep during any home video watching (im not sure how this exactly proves anything yet, but the scientific notes will follow in due time)
3. he is 25 which means there is no logistical problem in the time line of life to have had him in the family.
4. he's super into fishing, snowmobiling and really everything my dad's into
5. he was wearing a shirt various hand guns on it tonight

Even though I can't exactly prove based on my first findings that Lee is in fact our family's long lost son/brother, it was nice to get a glimpse of what it would have been like growing up with a brother.
3 comments:
Email ThisBlogThis!Share to TwitterShare to FacebookShare to Pinterest 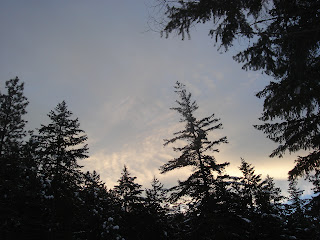 6 comments:
Email ThisBlogThis!Share to TwitterShare to FacebookShare to Pinterest

The Reason I Still Believe in The Good in People

My mom quilts. She has quilted since forever, but I’ve only seen the end results and occasionally she’ll ask my opinion on fabrics.

However, yesterday my mom took me to her quilting class. Now I’m not so sure what I pictured in my head of what it was going to be like but what it was I was never expecting.

We walked into the quilting room where busy body 80-90 year old women bustled around me sewing and pinning. They had created an assembly line of quilt making. There was one area for tying the batting to the fabrics, an area where the ends were pinned to be sewed, and then a sewing station.

They make all the quilts to either be given to the needy or sold for local charities. At their last sale they sold 99 quilts.

The feeling of being in the room with them was unlike anything I’ve ever felt. The ladies were all so warm like fluffy bunnies drinking hot coco by the fire, but it didn’t make me want to throw up. It actually made me really happy. Really happy. I wanted to stay with them quilting until the end of time. They didn’t talk about advertising or anything I’m normally accustom to talking about.

If you ever get a chance, go find a quilting group. I suggest you visit, at least once.

No comments:
Email ThisBlogThis!Share to TwitterShare to FacebookShare to Pinterest 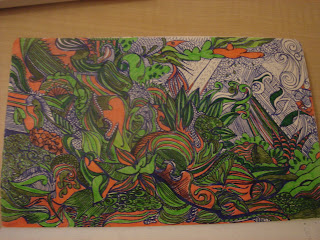 9 comments:
Email ThisBlogThis!Share to TwitterShare to FacebookShare to Pinterest

Imagine if you will the coffee shop equivalent to Yahtzee. If you are unfamiliar with Yahtzee see exhibit a. In this amazing new coffee infused version, in order to fulfill your 1 you have to get a person to get 1 lg Captain Buzzy's Blend. Not too difficult but fear not, challenges lie ahead. So to fulfill the 2 you have to get two consecutive customers to order the exact same thing. The same goes for 3 and 4. It's not every often that 5 people in a row order the same thing so 5 would probably be a Yahtzee. Yahtzee!

Now the tricky part is when you need to get a full house. Claire and I are still working out the details but we imagine for full houses you'd have to get two people to order 2 of the same thing then three of something.

However, none of this has been tested for feasibility, and I have a feeling we've made it a bit too hard considering most of the regulars don't order similar things in the same sizes. Maybe we could have bonus points for guessing what the regulars are going to have before they order.

As far as winning goes you'd play against your other co-workers, but then again it could be like Hoopla (see exhibit b) where everyone would play as a team. You'd add up scores at the end of the shift and rejoice at the pure joy of the Yahtzee fun. We still have to make up a score sheet and figure out most to the rules but generally speaking I foresee much fun to be had with this.

Mostly, this whole thing is an excuse for me to run around Buzzy's screaming Yahtzee. 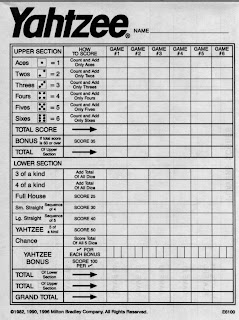 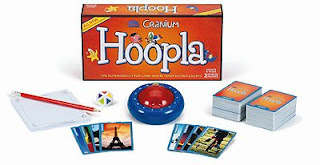